People love lists. I certainly do. I’m a serial list-writer, from daily ‘to do’ lists to a travel packing master list years in the making. The travel community loves lists too. Just look at rise of the ‘listicle’ or list article in both print and online media, from ‘The best of’ to ‘The worst of’ lists encompassing everything from places to propose to quirkiest museums.

This time of year sees travel companies put out their lists of places to visit in the coming 12 months, and last week I had the pleasure of attending a pre-launch lunch (at the stunning Quay Restaurant in Sydney) for Flight Centre Australia’s Travel Ideas magazine WOW List 2020, their recommended top 50 travel experiences for next year.

Several things make this list stand out. Firstly, it’s curated by Australians for the Australian market. Compilation of the list included consultation with Flight Centre’s in-house destination experts, some of whom have been with the company for more than 20 years. They also spoke with trusted suppliers, considered booking data and took into account internal inquiries for emerging destinations and Australian traveller trends. 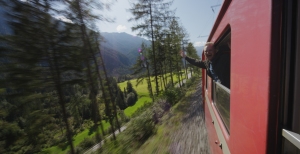 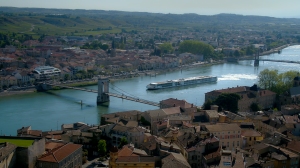 Secondly, they have captured four experiences in stunningly evocative videos produced by Aussies and featuring their own passionate expert consultants, so they feel real and achievable as well as inspiring. If these clips don’t encourage you to get out and explore the world, whatever your budget, I don’t know what will.

My favourite clip (below) is Wonder at the the northern lights in the Yukon, with Canada expert consultant Isabella Modra. Seeing the Northern Lights (or Southern Lights for that matter) is one of my travel goals, but there is always the chance they will not appear while you are in the region, which is why I love this video so much.

It’s made me more determined to get to the Yukon, even if the ephemeral lights don’t make an appearance. That’s because Luke Wheatly, head of creative content at Flight Centre, has conveyed the beauty of the destination as a whole, with stunning photography of boots crunching on ice, 4WDs crashing through frozen streams, aerial shots of mountains and glaciers, close-ups of shaggy mountain goats, snowy Arctic fox and stalking lynx. Only at the very end of the video, after we’re already sold on the destination, do we see the northern lights, like (green) icing on the (white) cake of the Yukon.

I spoke about this with Luke after watching the video at lunch. He too was nervous that the northern lights might not appear during their short four-day visit. Consequently, he was excited and relieved when they did appear two out of the four nights, although on their second showing they were not able to set up their camera equipment quickly enough before they disappeared, and despite waiting until 3am, they did not reappear.

My second favourite clip is of Australia’s Great Barrier Reef at Heron Island. I visited there many years ago and look forward to going back. You can snorkel straight off the shore over the reef where where rays pulsate through the water and turtles skim the coral.

Other videos cover Switzerland by scenic rail and France on a Viking river cruise.

If you don’t have time to watch them all in full, then do watch this Highlight Trailer and grab yourself a copy of Travel Ideas magazine from you nearest Flight Centre store or read it online here. Whether you’re interested in glamping in the Kimberley, hiking in Peru, sailing in Turkey or going on a pub crawl in London, you’re sure to be inspired by these ideas. I certainly am!

Disclaimer: I have no affiliation with Flight Centre, though as a freelance travel writer I have written for the magazine on occasion, though not for this edition. I attended a lunch hosted by Flight Centre for the launch of this campaign.