Now in its 14th year, iD Dunedin Fashion Week showcases cutting edge kiwi designers and emerging talent from around the world in one fun-filled, champagne-fueled, design-focused week of fashion indulgence. And it’s all open to the general public, not just the fashion elite, and catwalk outfits are available for sale in local boutiques and showrooms.

The whole city embraces the theme with fashion related events from library tours to museum exhibitions, author talks to designer lectures, collection launches to starlight shopping. I was lucky enough to attend iD Fashion week in 2009, as a guest of Tourism Dunedin, and I had a ball. (You can read my article about the event here.) 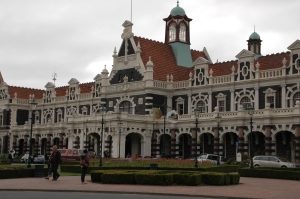 I was swept up by the excitement that gripped the fashion community and was blown away by the culminating shows, held on the platform of the city’s historic Flemish-Renaissance railway station. Festooned with fairy lights and flowing fabric, the railway platform became a giant fashion saloon with guests sitting in open-sided railway carriages overlooking the 110m catwalk, touted as one of the longest in the world.

Designers like Nom*D, Tamsin Cooper, Mild-Red, Carlson and Charmaine Reveley are regulars at iD and will be in the lineup of 15 designers showing their winter collections at iD 2013, along with capsule collections from recent fashion graduates and the winners from the Emerging Designer Awards.

The Emerging Designer Awards attract entrants from around the world, but this year it was young Australian designers who scooped the prize pool.

While international guest designers for 2013 have not yet been announced, past guests have included Zandra Rhodes and Akira Isogawa. 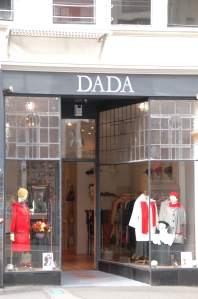 So why does Dunedin, known locally as ‘Dunners’, with its conservative Scottish heritage, host such a contemporary fashion event? Dunedin is a university town, attracting students from around New Zealand, who make up about one fifth of the population. It is also home to Otago Polytechnic’s School of Fashion and has bred some of New Zealand’s top designers including Nom*D and Zambesi. There’s a subculture that incubates and nurtures design of all descriptions, from fashion to furniture. You can visit artists and designers at work in their studios and workshops and pick up unique items you won’t find anywhere else.

But you don’t have to be a design diva to enjoy Dunedin. Attractions include art, architecture, gardens, wildlife, ice cream and beer. See my article on Dunedin and surrounds for a few holiday ideas and if you’re heading over for iD 2013 you can take in Dunedin’s Fringe Festival too. So gather your girlfriends (or boyfriends – there are men’s collections too) and head to Dunedin for a week of fashion-focused fun. Booking details are on the iD website.